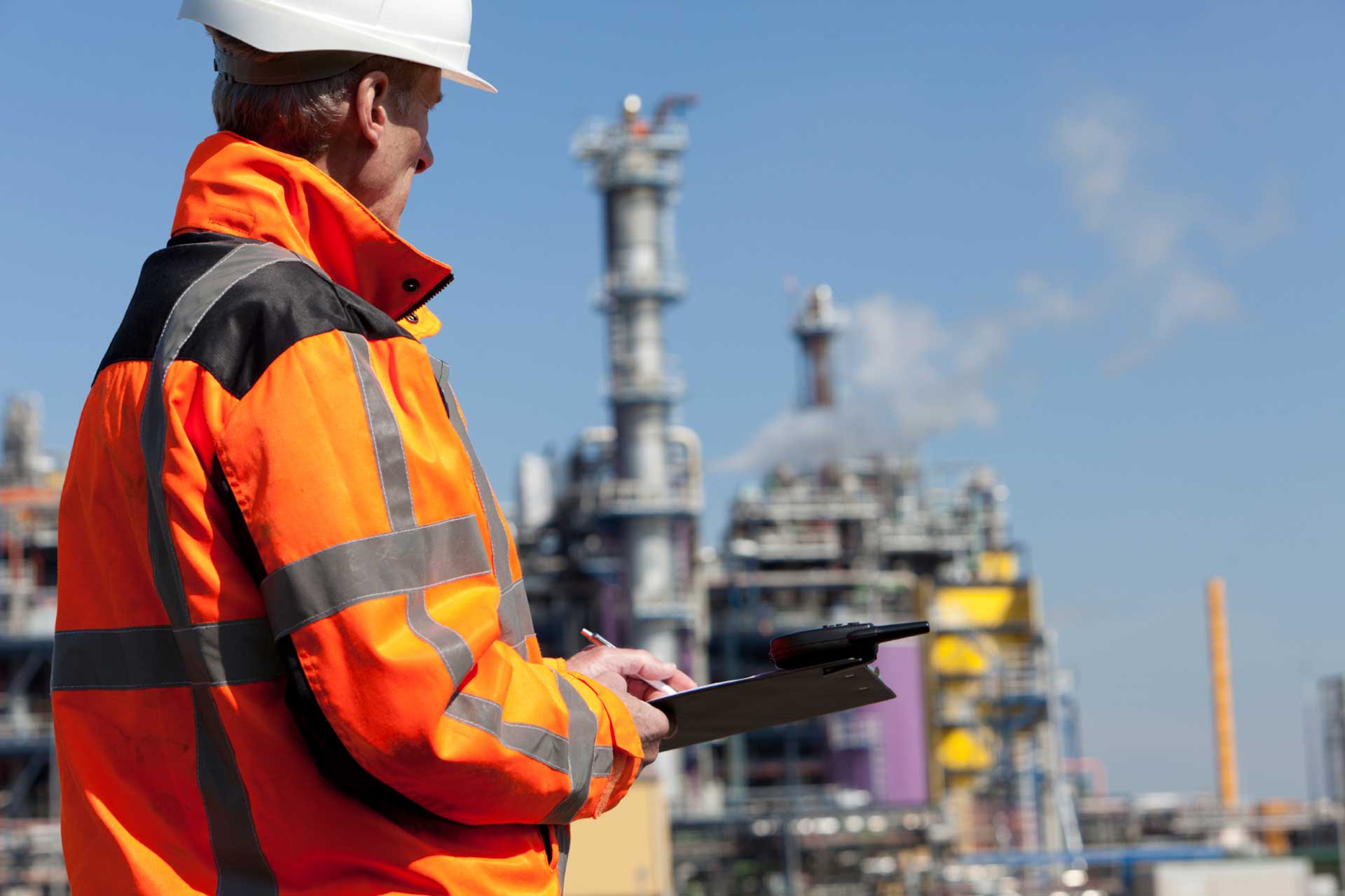 This 40-hour course is designed to introduce students to the six major Non-Destructive Testing disciplines. Engineers, supervisors, HR staff, or anyone looking to learn the basic of manufacturing processes and nondestructive testing methods will benefit from this course.

This course discusses the benefits and limitations of each method, as well as an overview of the various discontinuities that may be encountered. We discuss which testing method is best used for locating these related discontinuities.

The NDT certification process is also discussed in this course. A brief overview of the following topics is included.

This course also covers basic manufacturing processes starting with the formation of the ingot and further processing such as forging, rolling, extrusion, welding, and the discontinuities related to these processes.

Let us customize a training program for you that meets your training requirements.

Talk to an Instructor Today 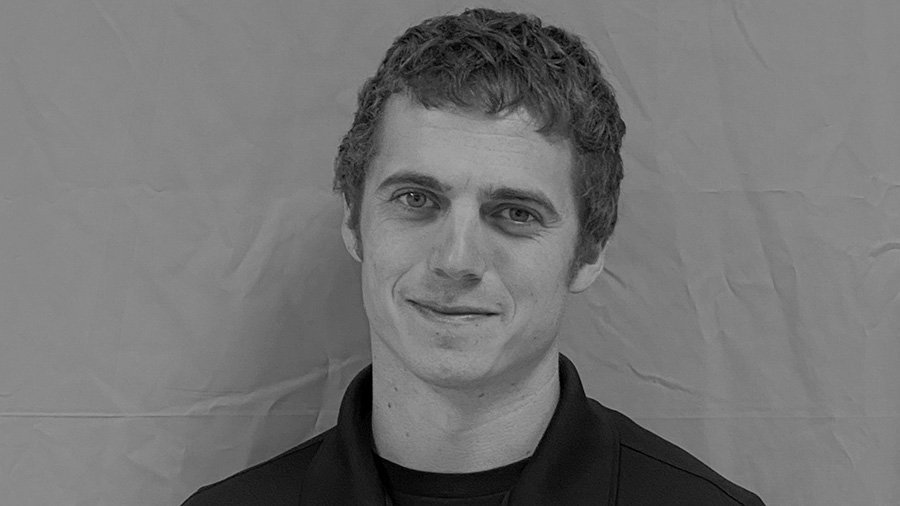 Brent Moulton is the most recent addition to our educational department. A former graduate of AINDT’s “Nondestructive Testing Technologies” certificate program,he made such a great impression on our CEO that when it was time for AINDT to staff up, Brent’s name was at the top of the list!

After graduation from AINDT, Brent spent time traveling the Midwest assisting in API653 tank inspections. After that he turned South to spend a little time in the warm Texas sun. Always looking to better himself Brent expanded his education by completing Level I & II Electromagnetic Testing and Level I Thermography classes. Brent then set his compass north to the great state of Alaska where he excelled in rope access UT piping inspections and Radiography.

Brent’s next chapter in the NDT world began when he received the call to join the AINDT family and take the time an dedication it takes to be an instructor.

Brent currently holds a Level I in IR, and Level IIs in VT, MT, PT, UT, & ET. He is also a Level I rope access technician with IRATA. 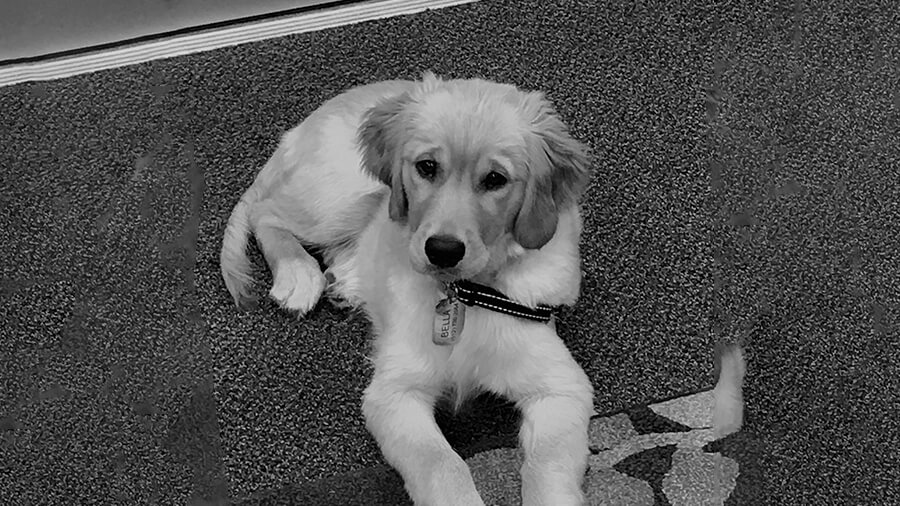 Say hello to Bella. Bella started with us as a summer intern where she quickly impressed the staff with her sunny disposition and go-to attitude. Because of her stellar performance, Bella has been brought on board full time as the AINDT Emotional Support Officer. Her past-time activities include belly rubs, chewing on the office plants and sticking her head in snowbanks. 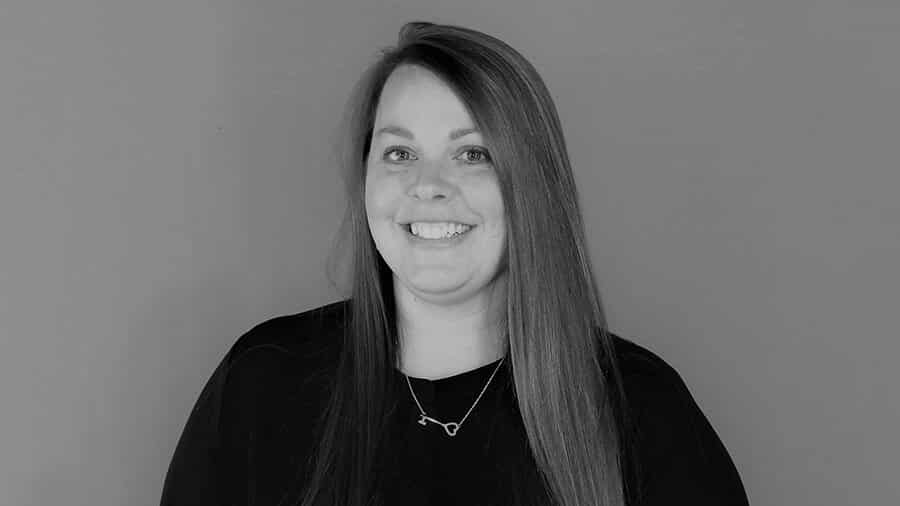 Holly Garlo is the most recent addition to the AINDT family and has taken the helm as our Enrollment Specialist!

Holly brings with her an AAS in Health Information Technology and over 15 years of outstanding administrative management experience. Her experience in the medical industry has enabled AINDT revolutionize our student enrollment process.

With a can-do attitude, impassioned drive for customer service and the classic “Minnesota Nice” mentality, Holly ensures that our students experience the top notch streamlined enrollment process they deserve.

A consummate professional, Holly has quickly excelled in being proficient with the ins and outs of the NDT world, ensuring corporations get the right information training for their technicians.

As a wife and mother of three rambunctious boys and two wild and crazy dogs, Holly knows how to take charge and bring order to the chaos. Plus, she bakes us cookies! 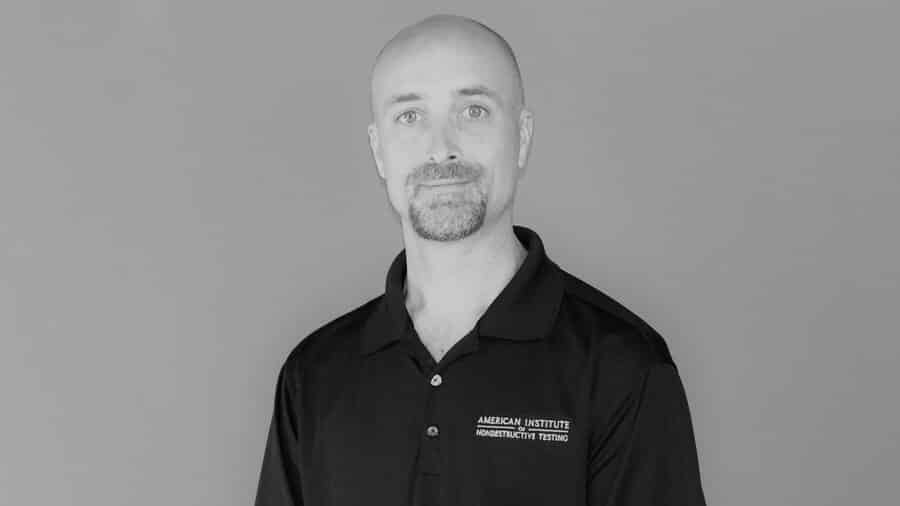 Matthew Junkert is the Senior NDT Instructor at the American Institute of Nondestructive Testing.

Matt’s NDT career has spanned a multitude of industries bringing AINDT a rich diversity of experience and knowledge. This real-world experience is paramount when molding students into the next generation of NDT technicians, ensuring they gain the knowledge needed to become the future industry experts in Nondestructive Testing.

When Matt first began his career at AINDT it became clear that he had a natural talent as both an instructor and leader, that combined with his impressive knowledge of the various NDT methods propelled him into his role as Senior Instructor. His uncanny ability to connect with students on a personal level ensuring they bring out their maximum potential solidifies AINDT’s status of the world’s premier NDT training facility.

Matt is an ASNT Level III, AWS CWI and has an AAS in Nondestructive Testing. Additionally, he serves as a committee member for the American Welding Society’s subcommittee on CWI endorsement programs. 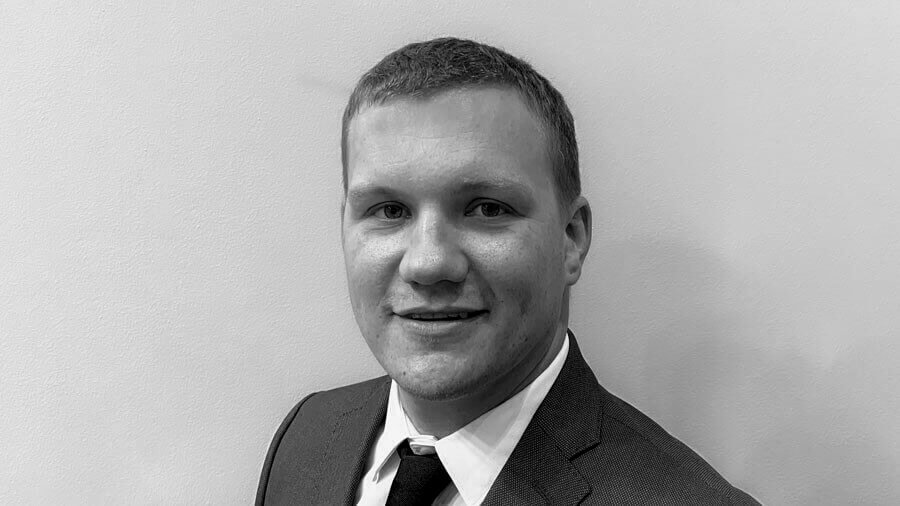 Jeff LeTourneau is our Operations Manager where he found his passion helping students find their own careers and help professionals in the inspection business to further their education. Jeff oversees all departments and enjoys running the day-to-day operations.

Before starting with us, Jeff worked for the United States Air Force for 10 years as Non Commissioned Officer In Charge (NCOIC) and Safety Officer. While enlisted in the Air Force, he helped train and develop new recruits skills in sheet metal layout, fabrication and, welding. As his career developed he saw the importance in school and received his Construction Technology Degree, attended Airman Leadership School, and graduated from the NCO (Non Commissioned Officer) Academy. After Jeff’s years of service, He continued his dedication for education and training others with the skills necessary to succeed in their future careers here at the American Institute of Non Destructive Testing. He continues to help manage and stream line our online education and to give the students/businesses the best customer service.

In Jeff’s spare time he enjoys fishing and hunting. He loves the Minnesota weather and all things outdoors, where he can go camping with his wife and two sons. 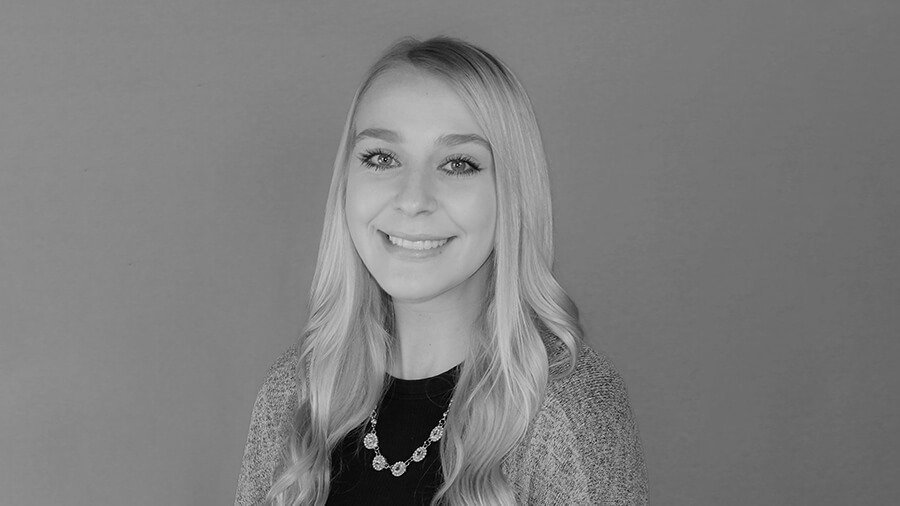 Christine Lundberg has been part of the AINDT family since 2018 and has aggressively climbed the ranks to become our Administrative Specialist!

She has an AAS in Business Management, Marketing & Sales and as a Minnesota native she embodies the “Minnesota Nice” persona. Christine strives to provide outstanding customer service and is devoted to ensuring our students have everything they need from enrollment through job placement after graduation.

Christine is the company lynch pin and has a passion for coordination and cultivating relationships between our students and corporations who are on the search for outstanding NDT technicians.

When she’s not busy providing top tier service to our students, she’s out in the Minnesota wilderness fishing, snowmobiling, vacationing at her lake cabin and enjoying life with her husband, family & friends! 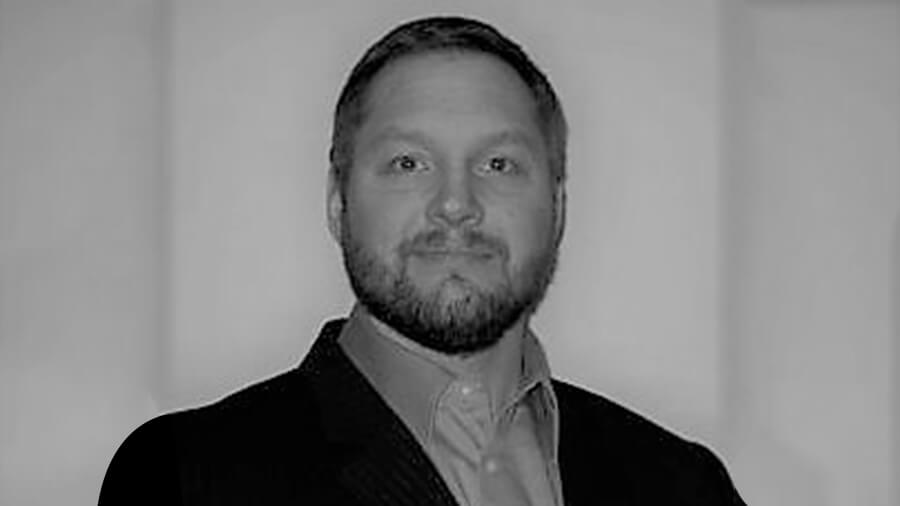 John Pariseau is the current Director of Curriculum Development at the American Institute of Nondestructive Testing as well as a Subject Matter Expert for the U.S. Department of Defense.

He began his career in welding in 1995 as a U.S. Marine in the occupational specialty of 1316 “Metal Worker” where he conducted 5th echelon fabrication & modifications for a vast variety of military components. After being honorably discharged John attended the College of Oceaneering for commercial diving, Nondestructive Testing and underwater welding. In 2001 he received his CWI from AWS and in 2007 his level III certification from ASNT.

His inspection experience has been incredibly diverse and spans multiple industries. He has been the lead inspector for several multi-million-dollar projects including the TCF Bank Stadium in Minneapolis MN the U.S Consulate in Guangzhou China as well as several high-profile hydraulic structures for the Department of Defense.

During his time with the DoD he developed and instructed on various training courses for welding inspection, procedure development, metallurgy, NDT and industrial coatings.

With over 20 years of welding, NDT and inspection experience in the Bridge, Pressure Vessel, Military and Piping industries, John’s knowledge of welding and NDT makes him an expert in the welding industry. 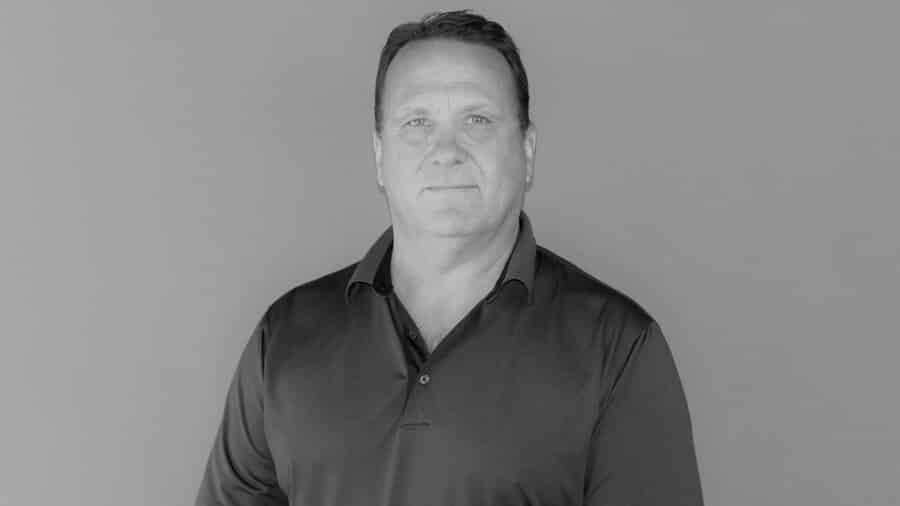 Donald Booth is the CEO/Founder of the American Institute of Nondestructive Testing.

He began his NDT career in 2006 after attending Ridgewater College for Nondestructive Testing. After achieving level II certifications in 5 methods, he moved on to API 570 and 653 certifications, and currently holds four ASNT Level III certifications.

His career started on the North Slope of Alaska where he first worked as an NDT assistant. As time went by, he attained level II certifications in five NDT methods, worked in “BP Special Projects” department, and as an API 653 inspector.

One of the most enjoyable parts of his career was instructing assistants during their “On the Job Training”.

Fast forward to the present and the American Institute of Nondestructive Testing has provided training for over 100 corporations and various government entities as well as, purchased a new facility to expand its operations while continuing to listen to their customers to provide that highest level of NDT training available.